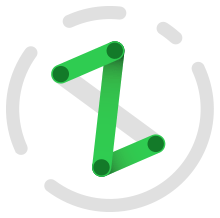 "The Belt and Road" data view of language service.

Strengthen the "The Belt and Road" language ability construction is an important foundation to promote the "The Belt and Road" implementation of the work. The "report" at home and abroad through the large Internet data analysis found that in the "The Belt and Road talent demand, language talents in domestic media attention and Internet users is ranked first, along the national media and netizen heat ranked fourth. The report also pointed out that China's language service industry has developed rapidly and begun to take shape. In 2015, the output value of the language services industry was about 282 billion 200 million yuan, an increase of 79% over 2011, with an average annual growth rate of nearly 19.7%. The number of enterprises increased to about 72495, an increase of 16520 compared with 2013, with an average annual growth of 15%.

However, its distribution is extremely uneven. 60.15% of the language services businesses are concentrated in Beijing, Shanghai and Guangdong. The analysis holds that the demand for translation in the eastern coastal areas is concentrated and vigorous, and the social science culture, IT information, commercial trade, medical and chemical industry, financial and financial, government affairs and other demanding industries are relatively concentrated.

According to the report, there is still a "big family" situation in our foreign language education. Through the survey of 423 language service organizations in the country, the highest proportion of services provided in C-E translation services and English translations is 96.93% and 94.80% respectively. The second is Japanese and French. Only 2.60% of the enterprises provide "Chinese translation" and "foreign translation" services, accounting for less. The service ability of small languages is seriously deficient, which restricts Chinese enterprises to enter the local trade cooperation.

The language service industry within the industry, lack of strategic planning has no rules, industry less investment, and "The Belt and Road" is not suitable for the development of technology and so on, leading the pain point, seriously hindered the development of the industry. Speaking of the current "pain spot" in the language industry, Wang Lifei, director of the Institute of international language service and management at University of International Business and Economics, said.

On August 29, 2017, the seminar held Belt and Road Initiative "language service. Chahar association secretary general Wang Chong pointed out at the meeting, at present, in the background of "The Belt and Road" construction, the language service faces three major problems, one is the lack of small language talent; two language is combined with the professional shortage; three is the lack of market, lack of overall market.

Bao Chuanyun, the former dean of the senior translation school of Monterey Institute of International Studies and vice president of the Chinese Academy of translation studies, has different perspectives: "I feel that the biggest problem in China is the sectoral tendency of the use of talents and the lack of sharing of talent resources. The existing small language talents are distributed in different units. When other units are in need, even if the person is in a professional idle state, it is often impossible to effectively allocate it, which causes the further waste of not much talent.

Language service should be cultivated as an industry